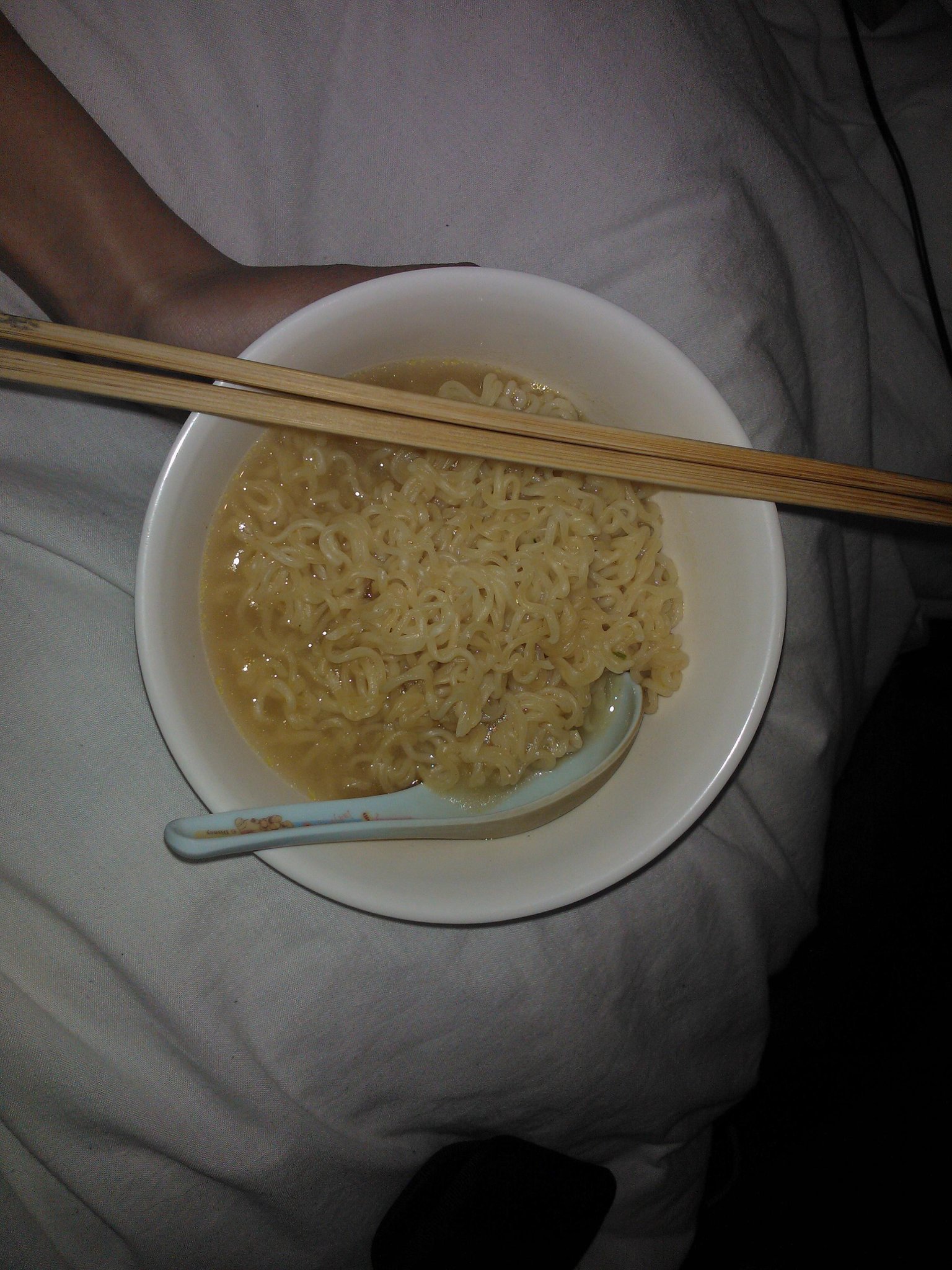 I have a confession to make. I had two bowls of instant noodles for breakfast this morning. I am currently doing an internship which requires me to work odd hours. This morning I was up from 3:30am, started work at 4am and finished at about 10:30am. No need to fear about my rights being abused, I got to work from home.

So there I was, tucked in bed, laptop on, a million tabs open and doing my work with a bowl of instant noodles. But it was only seconds after finishing that I found myself feeling really hungry again. Soon a knock on the door came and there was mum with a second bowl (seconds? Oh go on then).

Unfortunately even after two bowls I was still feeling a bit famished. I don’t even know why I even eat it for breakfast knowing one that it’s bad for me, two that it’s going to make me feel incredibly thirsty alongside the mug of black coffee at my bedside, and three that not only is it made in three minutes but also goes through you in three minutes as well.

I think it’s just the thought of eating a bowl of cereal with cold milk on a day like this and the word “noodles” triggers that thought in your head that it is likely to be more filling than a bowl of cereal or a slice of toast.

I think it’s a sign that I’m getting older, when I was younger having instant noodles was a treat, now all I see is not only a quick breakfast that looks filling, but also something that looks like plastic before boiling and then comes out of the other end looking like congealed plastic (not that end mind you).

I’m not addicted far from it, it’s just that it’s so cheap, easy to make and the only thing in the kitchen that doesn’t take too much effort when I’m pressed for time.

I look at that picture (yes by the way that is a Winnie the Pooh spoon) it does make me go “really?” but looking back I do have fond memories of instant noodles, given that it was something that we had for breakfast everyday, Nan used to put cucumber in with German sausage (which sounds odd but was an amazing breakfast), but then again my Nan did have this habit of not only putting in the full packet of MSG but also various other things like salt and a bit of sugar. When I have time something I used to do quite a lot with instant noodles was to serve it with an egg sunny side up with either cucumber or pak choi. Just small touches like that make a bowl of instant noodles look slightly more cheerful and a little bit more filling.